Since 2008, in consultation with the National Accreditation Committee, it has established a Type B inspection body in accordance with SNI ISO / IEC 17020 and received accreditation in 2009 and has been re-accredited four times. 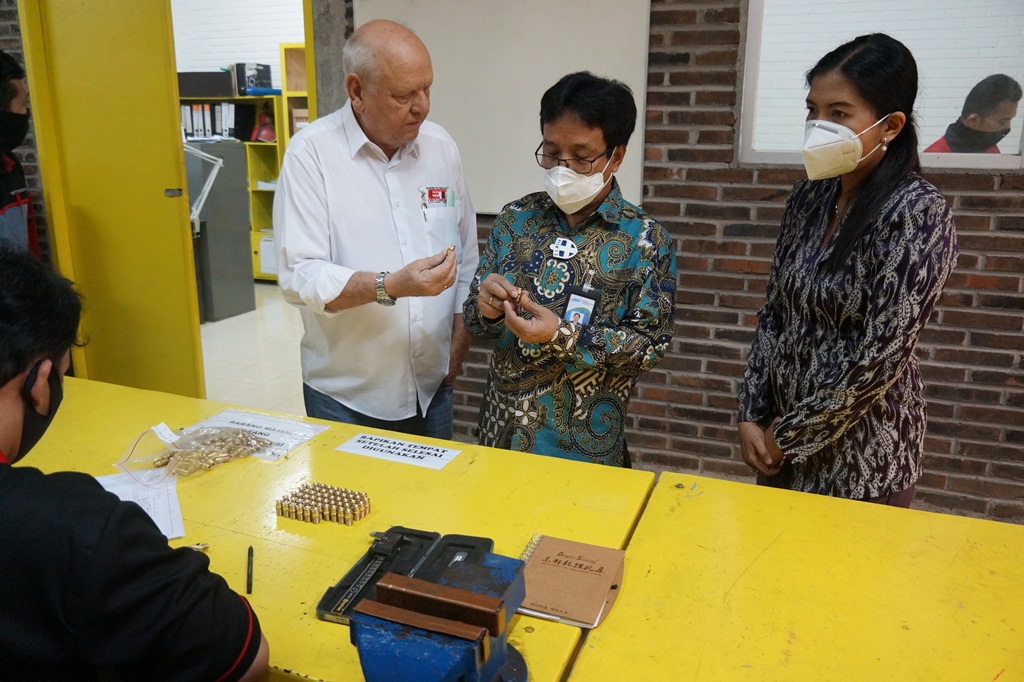 This year, on March 4, 2021, ETI received a visit from the Chairman of the National Standardisation Agency, Mr. Kukuh S. Achmad. On this occasion, apart from conveying several things related to the Indonesian National Standard, he also reviewed the existing facilities and activities at PT. ETI Fire Systems primarily concerned with maintaining product quality and conducting inspections.
In implementing quality control, PT. ETI Fire Systems conducts individual inspection of all products before they are released from the factory. As a quality control tool, the company operates a Type B inspection agency, which is an inspection agency that inspects products it makes itself (first party inspection). To ensure competence, consistency and impartiality in carrying out inspections, the company implements SNI ISO / IEC 17020 and has proven its fulfillment through accreditation by the National Accreditation Committee (KAN).
Although mining is the main application for the ETI fire system, there are many other applications for this equipment, including forestry, construction, power generation and marine equipment operating in harsh environments, whether inside, outside, underground or outside. the sea. Installation of fire detection and suppression systems is essential to minimise risks to operators and equipment, and is a mandatory requirement worldwide. This system has been installed in thousands of vehicles and equipment, especially in mining, around the world over the past 17 years and has proven itself to be a well-performing fire detection and suppression system.
ETI fire system products are not only marketed and used domestically for mining exploration needs, such as at PT. Freeport Indonesia, Rio Tinto, and others, but some have also penetrated export markets such as Australia and Africa. As some ETI fire system products are exported to Australia, there are ETI fire systems manufactured according to the requirements of Australian (US) standards.
During his working visit to PT. ETI Fire Systems on Thursday (4/3/2021), the Chairman of the National Standardisation Agency for Indonesia (BSN), Kukuh S Achmad, who is also the Chairman of KAN said that by utilizing the Mutual Recognition Arrangement (MRA) that has been carried out by KAN in the International Laboratory Accreditation Cooperation (ILAC), ETI Fire Systems products can be recognised in the international market, which means increasing exports of Indonesian products to the global market. 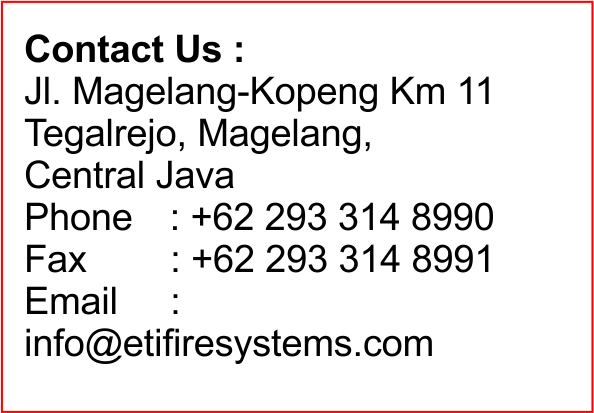